It would appear that our favourite valkyrie-mermaid is quite the equestrian, seeing as there’s another steed at her disposal. Not only does she manage to roam on land with the help of her long-legged froggy friend, but she can also eventually take to the skies by riding on an armoured, winged seahorse.

Athena has proven that just because one is a mermaid doesn’t mean she’s stuck in the sea her entire life. Having conquered sea, land, and sky, what could possibly be left?

Oh, right. Space, the final frontier. Clearly our next post will include a manta ray in a spacesuit. 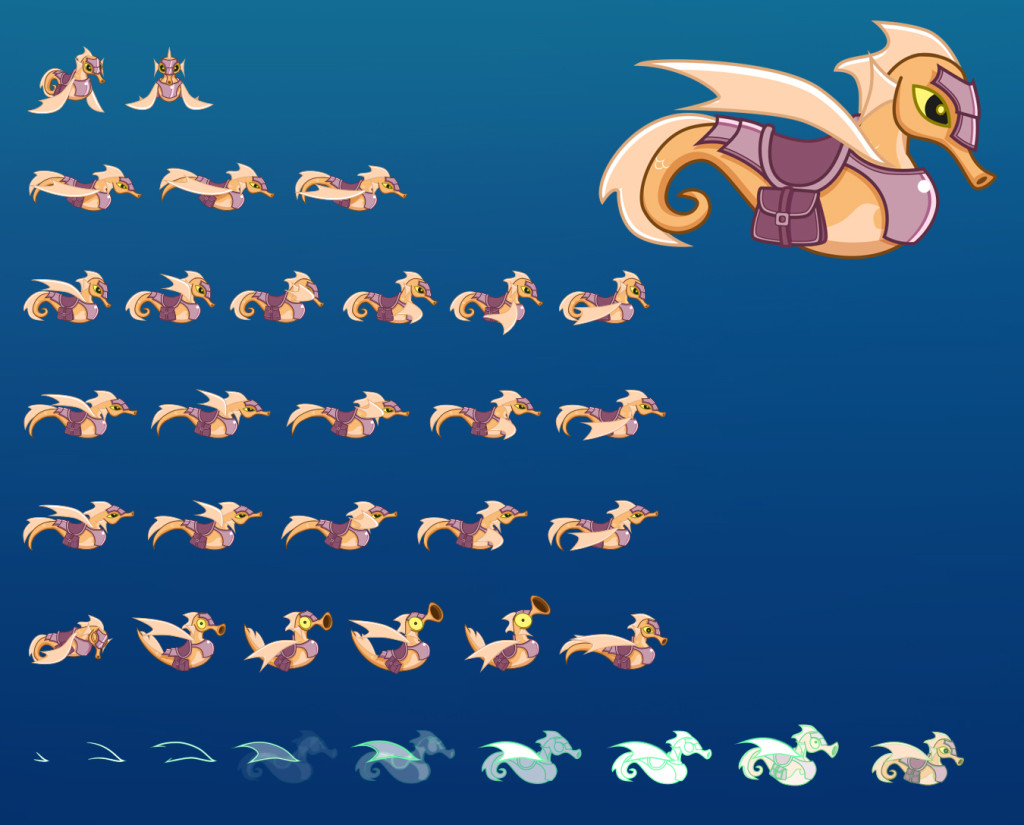 Some animation frames for the seahorse character.