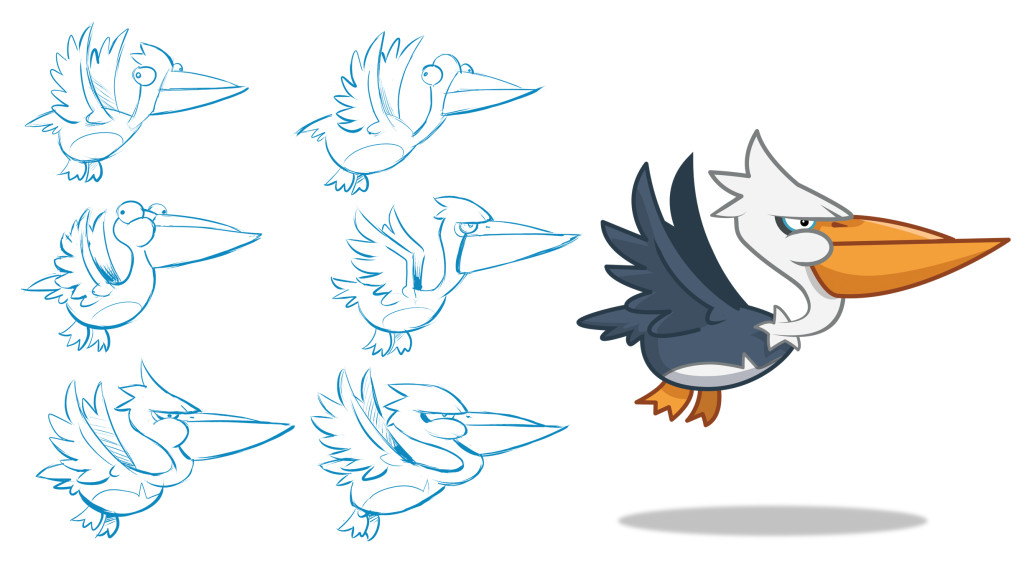 Some sketches for the pelican enemy, as well as the final design.

Watch out, death from above!

Now that Athena’s able to venture unto land, we’ve been coming up with some new enemies that she’ll encounter (given that those nasty piranhas would probably be quite a bit less threatening on land seeing as they’d be helplessly flailing about in their death throes). One of them is a moustached hermit crab that can throw shells at you, and the other (pictured above) is a petulant pelican who regurgitates fish skeletons that drop on you from the sky.

Athena will discover that taking that giant leap unto land (for all mermaid-kind) is not without its consequences!