We also have a unique enemy, the Hermit Crab, whose shell can be used in the same vein as the Nautilus Shells if you manage to kill it (i.e. you can pick them up and hurl them at other enemies). Athena’s becoming a veritable shell-hurling badass, it would appear. Maybe she should compete in the Olympics. If shell-hurling were a thing. Which it should be. Starting a petition now. 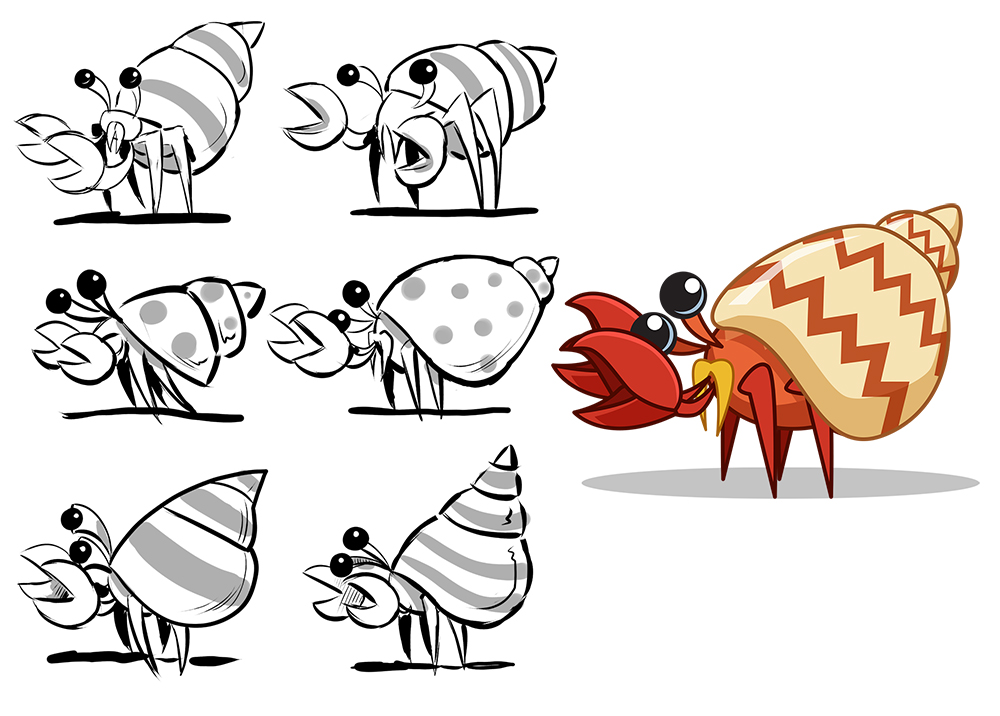 Concept sketches and final design for the Hermit Crab.